Boy did I ever.

There’s a never-ending amount of family-owned restaurants for breakfast, lunch and dinner. It still amazes me how much I ate there. The Italian’s respect and treatment of food and meals is so admirable; dining is an hours-long love affair. You have your antipasti (appetizer), primo (another starter), secondo (main dish), contorno (side dish), insalata (salad), formaggi e frutta (cheese and fruit platter), and finally, when there is literally no room left to move, dolce (dessert).

I have no idea how Italians take lunch breaks. There is no way to have a meal under two hours, and that’s if you’re rushing a bit. I, as a tourist, had no problem sitting al fresco, outside, with my travel buddy, for hours at a time. I practically ate my weight in pasta, pizza, and risotto. Not going to lie, with gelato shops every block (worse than any proximity of McDonalds branches in the States), I had a cone of the Italian ice cream every chance I got.

I mean, after all, I’m in Italy, the mothership of all gastronomic sin. 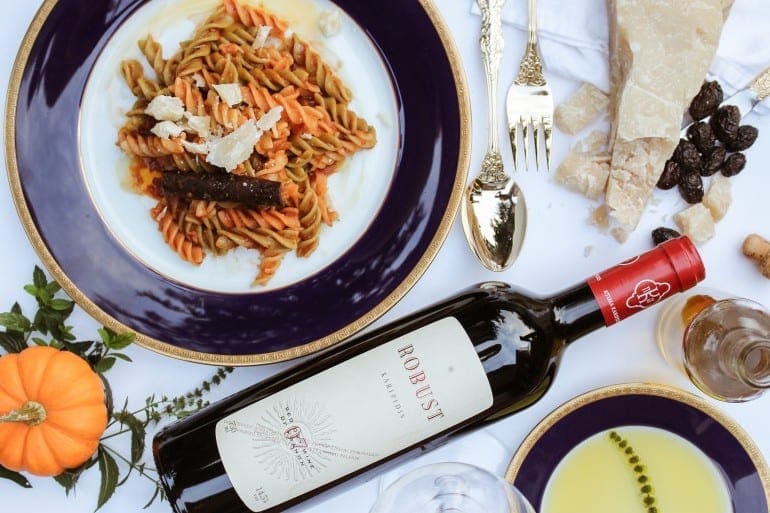 Speaking of sin. There was absolutely no way I was going to have a meal without a glass (or bottle) of wine to wash it down. Breakfast was probably the only meal where alcohol wasn’t involved, That’s when the Italian coffee would be the star of the show; strong, hot and caffeinated, just what a girl needs before starting a long day of hedonistic wandering.

Little known fact: the house wines at every restaurant are the cheaper than the ones on the wine list and are always super delicious! So go for that option to save a few dollars and still enjoy some yummy vino. Also, don’t be surprised if the red wine arrives slightly cooler than you are used to, the real temperature for serving red wine is ‘room temp’ which is actually cooler than what is served in all non-Italian countries. 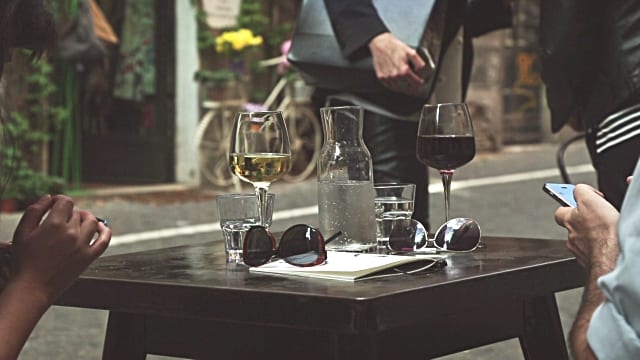 Rome and Florence have the most beautiful cobble stone paved, orange and white washed three-story buildings. Obviously the major monuments are very impressive as well, the sheer history that lies within and beneath these structures is awe invoking. But what really got me, was wandering around the narrow and winding alleys and streets, seeing the occasional fresco on a building exterior (usually of the Virgin Mary), losing myself in the city’s heartbeat. 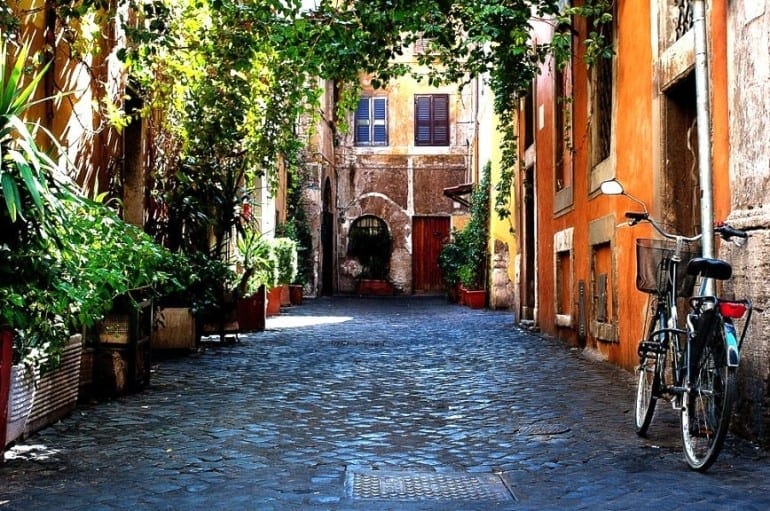 In terms of actual art, Florence is where it’s at. On the northern side of Piazza De La Signoria is the entrance to one of the most famous art museums in the world, the Galleria degli Uffizi. There lies priceless works of art, dating back hundreds of years. The most impressive one for me was the wall size oil painting by Artemisia Gentileschi, titled Judith Slaying Holofernes, this one is from the years 1614-20 (woah!). Another very famous piece, Michelangelo’s David, lies in the Galleria dell’Accademia, also in Florence.

You can say I got high on culture during my trip. 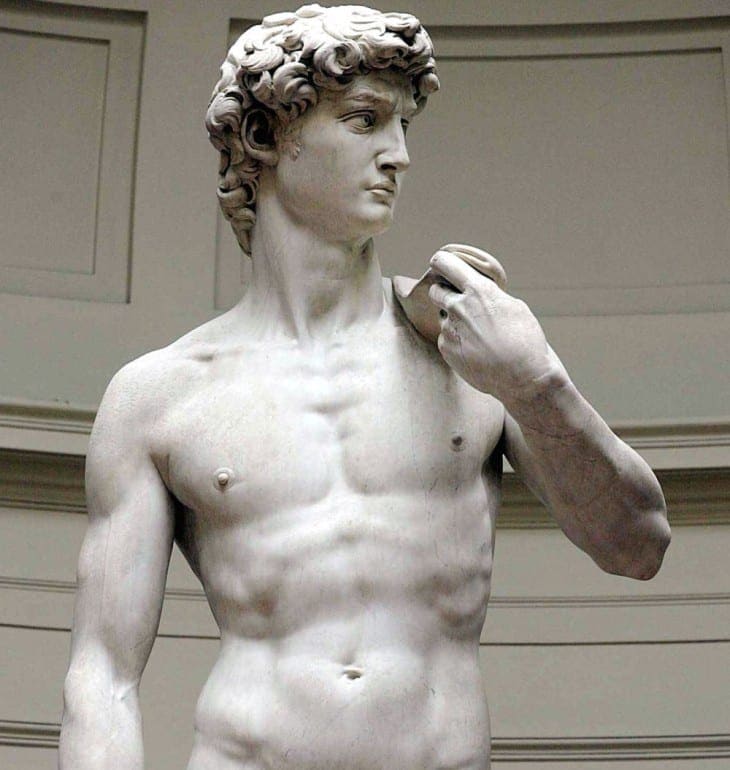 Part of being on this hedonistic trip, and making sure I did as much as I could in the time I had, I made sure to partake in the culturally accepted (and even encouraged) activity of people-watching.

Disclaimer: I always loved people watching, even when it was frowned upon.

Anyway, in Italy, every café has small tables outside that seat two people. These chairs are always facing out, guiding people to sit in a way that allows them to see the passersby without a problem. I LOVED that! I loved that this taboo-ish act is totally accepted. I relished in watching people go off to work (while I, the tourist, did whatever I deemed pleasing that day), run errands, fight with their boyfriend or girlfriend, or discipline their errant child. 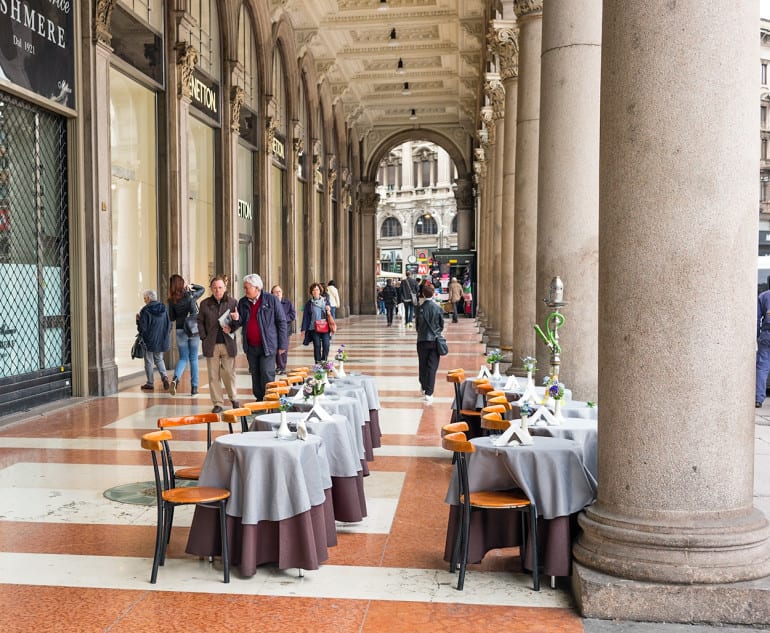 So you know how I people watched all over Rome and Florence? Well this lead to a massive shopping expedition in both cities. It is absolutely unbelievable how the Italians dress. Somehow the women walk on 6-inch stilettos on cobblestone streets (you nuts?!), while wearing chic outfits that have no wrinkles anywhere to be seen. And the men! Apart from being beautiful, are impeccably dressed. The notion of wearing a suit is foreign to most Americans, but these men, they know how to suit up with gusto.

So here I was, sitting at a café in the best I brought with me, feeling like I was wearing a burlap sack in comparison. So you see, a shopping trip was definitely in order. By the time I was done I felt a better about my wardrobe (and my self-esteem). Since that trip I learned a lot about style and how to wear things, mostly realizing that trends come and go but body-appropriate style is forever. So thanks for the lesson, beautiful Italian woman with the tan turtleneck! 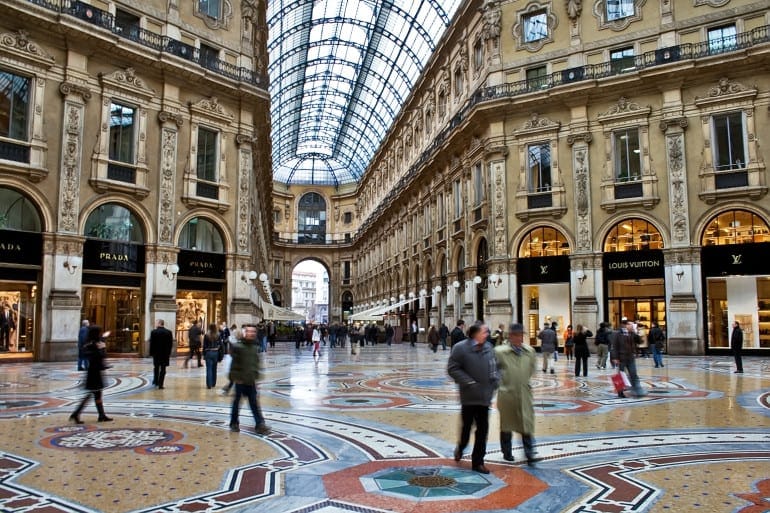 Now that I had what to wear, I could go out! My travel buddy and I got the name of some awesome bars in the area of where we were staying (right by the Trevi Fountain, Rome). We went to one place, where we met some locals (always a good turn of events) and with their group, wandered into an even more local place. Best tip I can give when it comes to nightlife in Rome – go with the flow! Meet the locals, make new friends; you won’t be disappointed!

As we were walking around at night we stopped in the Trastevere neighborhood to watch a group of couples dancing to 20s swing music, while a crowd of at least 50 watched along with us. Everything felt so alive and vibrant in that moment. The music was loud, the people were dancing, we were swaying along, others were clapping and EVERYONE had a giant smile on their face.

Do yourself a favor, anywhere you travel to (but even more so in Rome and Florence), make sure to walk around the city in the afternoon and evening hours, you’ll almost always run into someone playing their musical instrument, a break-dancer, or a bunch of people randomly dancing to 1920s music! 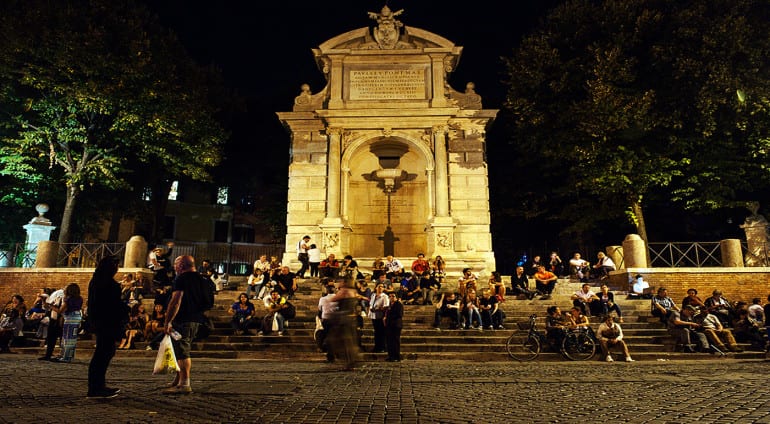 Since we’re on the subject of music… Rome and Florence have such a music scene! On the cultural end, in Rome, you can find free concerts given in churches (since the acoustics are so good), of some of the most famous operas and classical music pieces. I went to one of every night I was in Rome (they’re short and sweet – about an hour). My favorite was a concert that took musical pieces from the opera, Madama Butterfly.

On the more modern edge, one night we found ourselves at an Italian rock concert in the middle of a square in Florence. It was a little over the top for me but seeing how into it everyone was made me like it better. There are so many random things that happen in these cities, it’s incredible. Never a dull moment.

In 10 days, I delved into two unbelievable cities, drank 12 bottles of wine (don’t judge me), had pasta or pizza for lunch and dinner every single day, ate 10 cones of gelato, saw 6 musical performances in one form or the other, met 3 new friends, bought an undisclosed amount of clothing and shoes, and gained knowledge, experience, and a couple pounds. 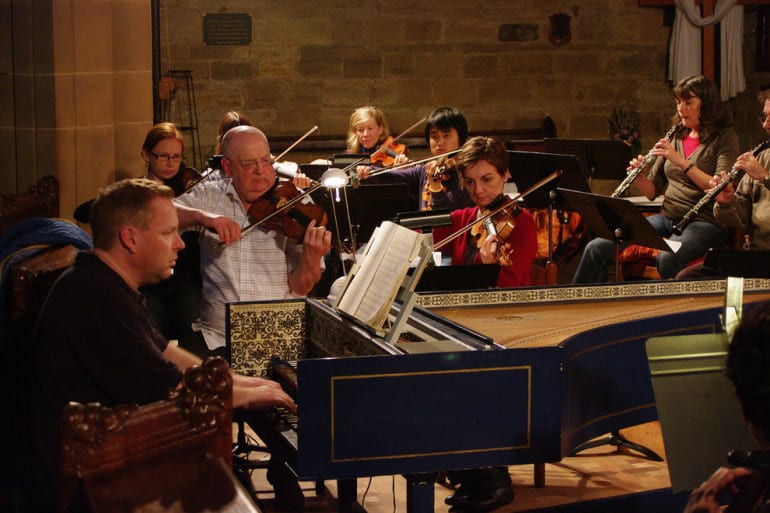 The most beautiful shopping malls around the world

When you go out for your weekly shop, or to buy your annual wardrobe (yes, I’m talking about you, ...

The least-visited US national parks

As a country that’s just a teeny bit smaller than the entire continent of Europe, the U.S. is ...

The foods in Italy you must eat

Fancy a vacation in Italy? The European country is famed for its historic sights and rich variety ...