We all love a good laugh once in awhile (okay, all the time. Did you know laughing burns calories?!) and there’s no better way to laugh your socks off than visiting a comedy club. Whether you watch world-renowned comics or comedic newbies, you’re bound to hear something funny – or, at least, we’d hope. New York City is one of the best places in the world to see stand-up comedy because it’s home to some of the most incredible comedy clubs! Don’t believe us? Check these out (and be prepared to roll on the floor laughing, laugh out loud, laugh your derriere off etcetera etcetera):

Comedy Cellar in New York City is often regarded as the biggest apple in the Big Apple. With its brick walls, low ceilings, and small audience space, this cellar has become world-renowned for its high class and intimate stand-up comedy gigs starring some of the most prolific comedians in the business. With comedians like Amy Schumer, Chris Rock and Louis CK turning up out of the blue to play their own set, visitors are always leaving with a smile on their face (and some tired cheeks). The Comedy Cellar is also one of the most prominent comedian hang out spots in New York, and they all congregate up the stairs at the Olive Tree Cafe. So if you want to rub shoulders with some of the best in the comedy business, buy your tickets in advance for the Comedy Cellar – because they sell out quickly! 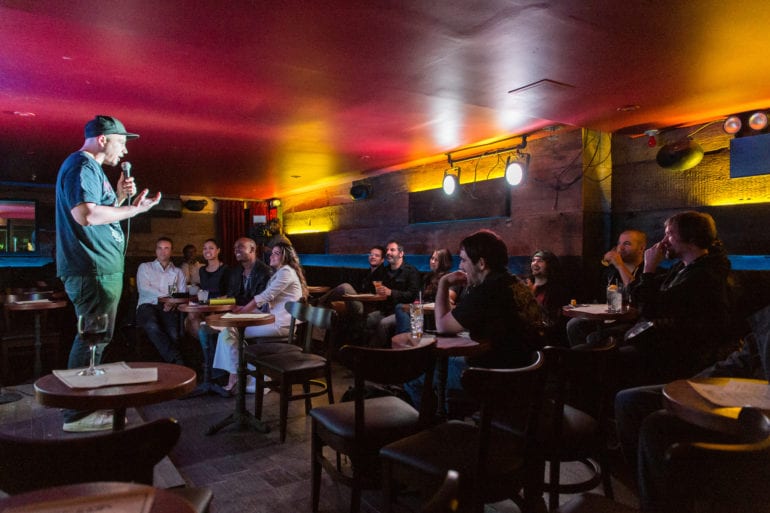 No, you won’t get to see Batman shading The Joker with his jokes in this club – although that would be pretty cool. Is that a thing? Can we make that a thing? The Gotham Comedy Club offers weekly comedy shows, but the weekend is where it’s at. During the weekends, this comedy club features some of the best up and coming comedy headliners for the audience to laugh their heads off. This is one of the best ways to see new talent and see something like never before. But that doesn’t mean there aren’t any comedy veterans here. If you’re lucky, you might turn up on the day Jerry Seinfeld turns up to test out his new material. You know, as you do.

There’s nothing we love more than a roast. And we don’t mean the odd British meal that involves batter on a savory dish (I mean, whaaaat?) We mean the kind of roast where comedians battle against each other to rip each other apart in a hilarious fashion. Although a small venue, The Stand has made a name for itself since its opening in 2012, and now offers some of the best comedians in New York – including Mark Normand, Joe List, and Bonnie McFarlane. The roast occurs every Tuesday evening and is hosted by the incredibly funny, Luis J Gomez. It’s not to be missed.

The Village Underground comedy club is the Comedy Cellar’s sister located just around the corner. The only way we can describe this relationship is that the Village Underground is the epic work-in-progress of the Comedy Cellar. With the similar brickwork and small space, the club is almost identical aesthetically. However, rather than offering some of the most famous and in-demand comedians in the business, this club offers some of the best up-and-comers, who play regular slots in the club. These comedians will make you laugh through their one-hour set before they then land themselves on your Netflix list (so make sure you’re wearing colorful clothes when you go so you can spot yourself on TV!) 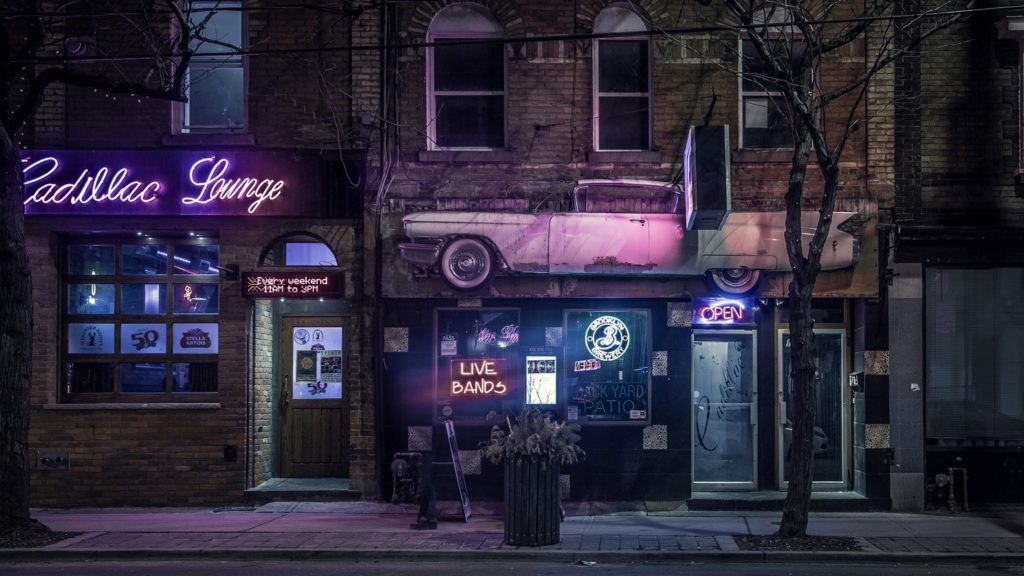 Considering it’s located on Broadway (which is just hella busy all the time) it’s no surprise that Carolines is one of the biggest stand-up comedy venues in New York City. With space for just over 300 audience members, Carolines offers comedy shows all throughout the week, but the piece de resistance is always the weekends. Every weekend, this club manages to book some of the most famous, professional and in-demand comedians – who all believe this gig to be a highlight of their career. So you want to be there, and so do the comedians!

If you’re looking for a bit of laughter during your next trip to NYC, check out these comedy clubs for all of the best laugh out loud moments. You won’t regret it.

The history of stonehenge

Stonehenge is one of the most recognizable and iconic landmarks in the United Kingdom, and a place ...

Top places to cool down in the summer

Summer is great, right? Sunshine, summer camp, pools, beaches, golf courses, and all of those fun ...

All the great things you need to see in Cuba

Cuba is a Caribbean destination that seems like a world away from what you’d expect from a tropical ...