Most marathoners have heard of the phrase, the big 5. It refers to the 5 biggest marathon races in the world, Berlin, Boston, Chicago and New York City. These 5 marathons are not just about the 42.2km, or 26-mile race, they are about the event itself, as well as the support and friendship of everyone involved, and the excitement of people across the globe.  These events bring people together for a common cause, who collectively push their limits together. There really is nothing quite as inspirational as these 5 marathons, both to run and watch.  If you want to be a part of one these special events, here is some more information about each of them.

The Berlin Marathon of Germany is the world’s largest marathon.  It is always held during the last week of September with more than 40,000 participants who come from all over to run this course. Runners who are both professional and novice cross the finish line, and it is popular among first-time marathoners due to the cool weather. It is also a rather flat course, without any hills or other challenging obstacles, since running 26 miles is already quite the feat. Spectators show their support at Brandenburg Gate, and runners hold onto tight to the memory of being in Berlin and being apart of something so magical. The event brings the city alive and fills it with excitement. 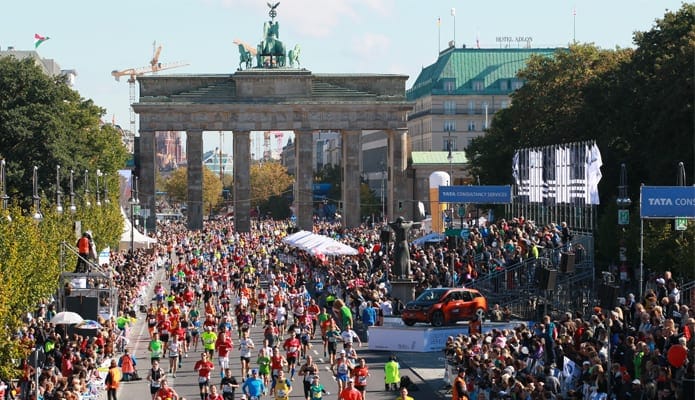 The Boston marathon is known to be the very first marathon. It has been held every year for the past 117 years on Patriots day and is the longest running marathon. It hosts approximately 25,000 runners each year. The course runs through eight towns and ends in the financial district of Boston.  It is also known to be one of the hardest marathons, with 4 hills on the paths, and therefore is not for beginners. One of the hills is known as the ‘heartbreak hill’ which is one of the biggest challenges of the marathon, and it is common for runners to walk this part, or ‘hit the wall’ here. 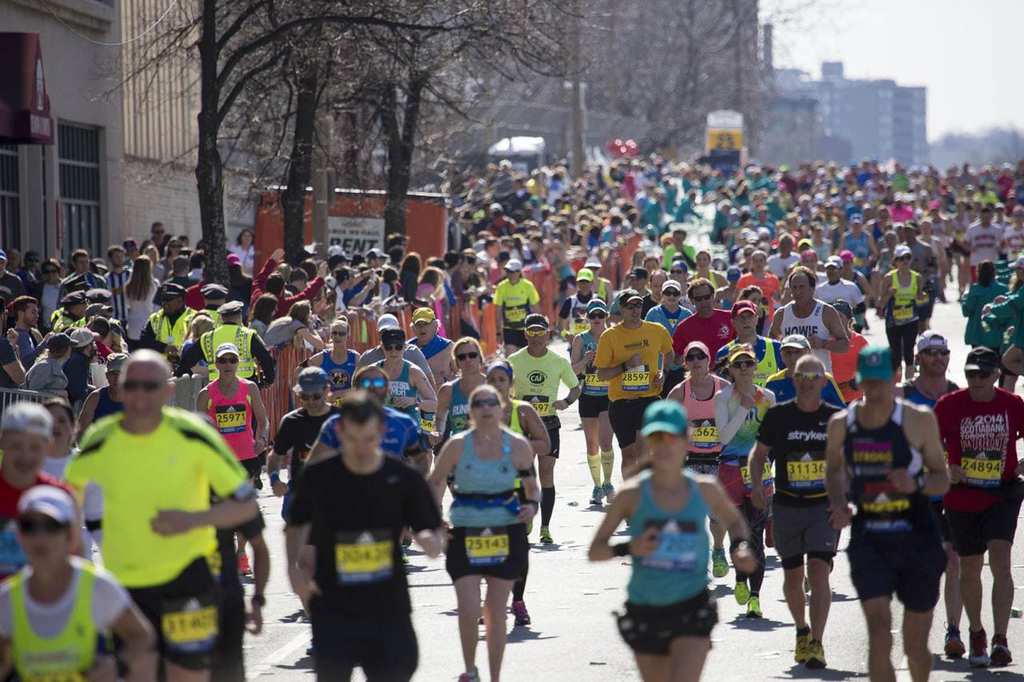 The New York City Marathon is among the best things in the big apple, encompassing all of New York City’s five boroughs.  It starts in Staten Island, and goes through Brooklyn and then to the Queens area. This bustling city never rests for the marathon and it is a completely thrilling experience. Each of the villages offers a different feel and it is more than just running, it is running through the heritage of the American people and all of its immigrants. Over 100 bands come play to support the runners. It has around 42,000 runners per year and is one of the largest marathons. 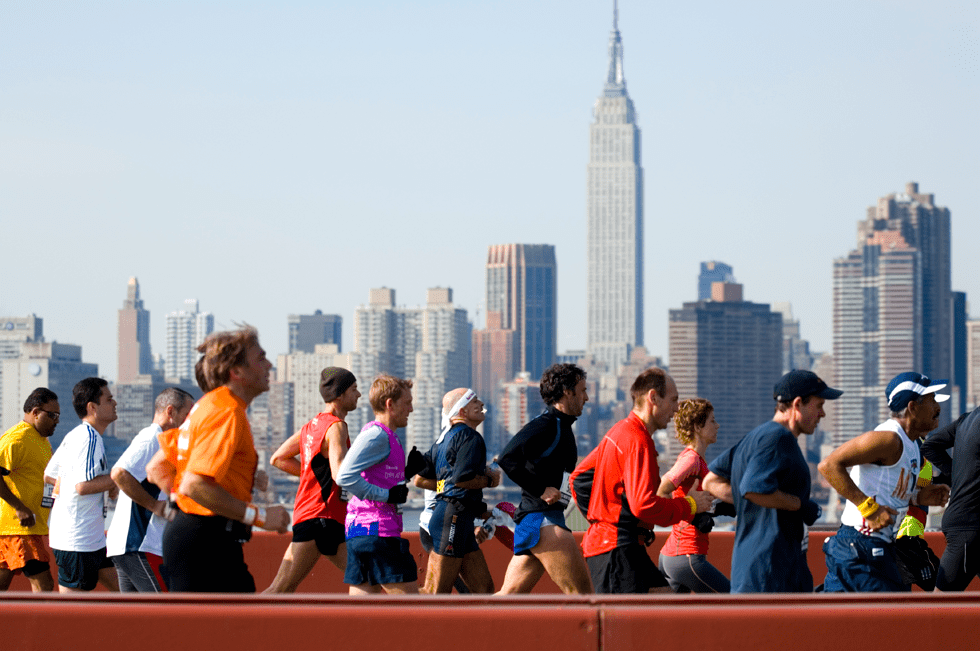 The Chicago Marathon is a great first marathon to run. Its course is flat, similar to the Berlin marathon and is held in downtown Chicago. It was originally named the Mayor Daley Marathon and has only 4200 runners. However, it has grown tremendously since then, with over 48, 000 runners annually. The marathon is an icon for the entire city and what is unique about this specific marathon is its CEO Marathon Challenge, which started in 2007, making a competition between CEOs around the nation. This marathon is also like no other in that beer is given at the 18th, 19th and 20th mile in order to hydrate runners and get them ready for the wild after party. 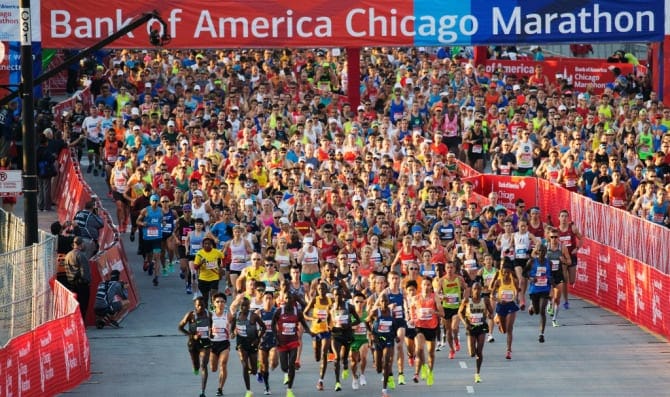 The London Marathon is another marathon that is runnable by a first timer.  There is so much to experience and see while running along the historic streets of London. It beings in Greenwich and Blackheath and continues on through all the most famous streets and attractions of London such as City Hall, Cutty Sark, Canary Wharf, Cleopatra’s Needle, the London Eye and finish near the Houses of Parliament and the Big Ben. It is always filled with spectators cheering the runners on with singing and music. It is completely spectacular with many participants dressed up in costume mixed among the more serious runners. There are three different starting points since there are so many participants. 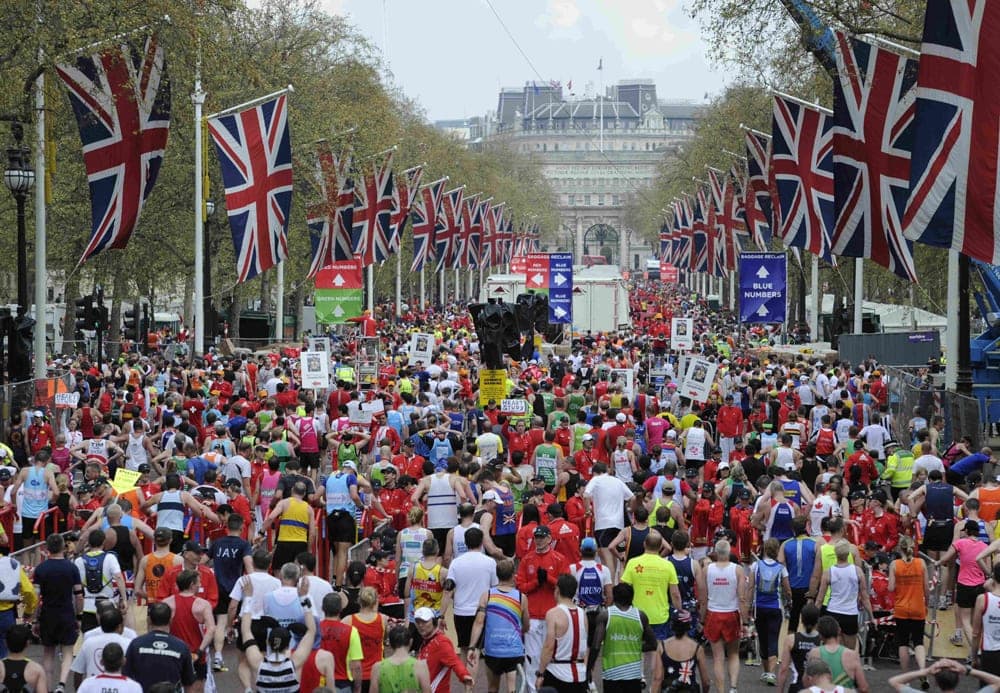 Can you imagine having to spend time without your phone or internet? Seems unthinkable, right? We ...

At a yoga retreat in India: beach walks, body treatments, and healing

Many of us head away on vacation to relax and unwind from our daily lives and the stresses that ...

Why it’s important to travel alone

Traveling with friends, family or a romantic partner is completely wonderful and incomparable. ...