Machu Picchu is one of the most historically and culturally important constructs in the world. The 15th Century Inca citadel based in Peru is one of the most iconic structures in the world. And attracts millions of tourists every year. Archaeologists have determined that it was constructed for the Incan emperor of the time, and it’s considered perhaps the most enduring symbol of the Incan Empire.

It is believed to have been constructed sometime around 1450 and then abandoned by the Incas around 100 years later. The citadel is one of the most stunning constructs on the planet and was finally awarded UNESCO World Heritage status in 1983. Considered one of the Seven Wonders of the Modern World, here are some amazing things you never knew about Machu Picchu.

We all know Machu Picchu is a wonderfully impressive construct, but you may not be aware of just how impressive it is! The temple is located almost 8,000 feet above sea level in the Cusco Region of Peru. The site also covers a jaw-dropping 80,000 acres and includes three primary structures – the Intihuatana, the Room of the Three Windows, and the Temple of the Sun. These all combine to make one of the most culturally significant constructs in the world. There are also loads of outlying buildings, and, in 1976 there was a restoration project to help restore and rebuild some parts of the citadel and the surrounding area. 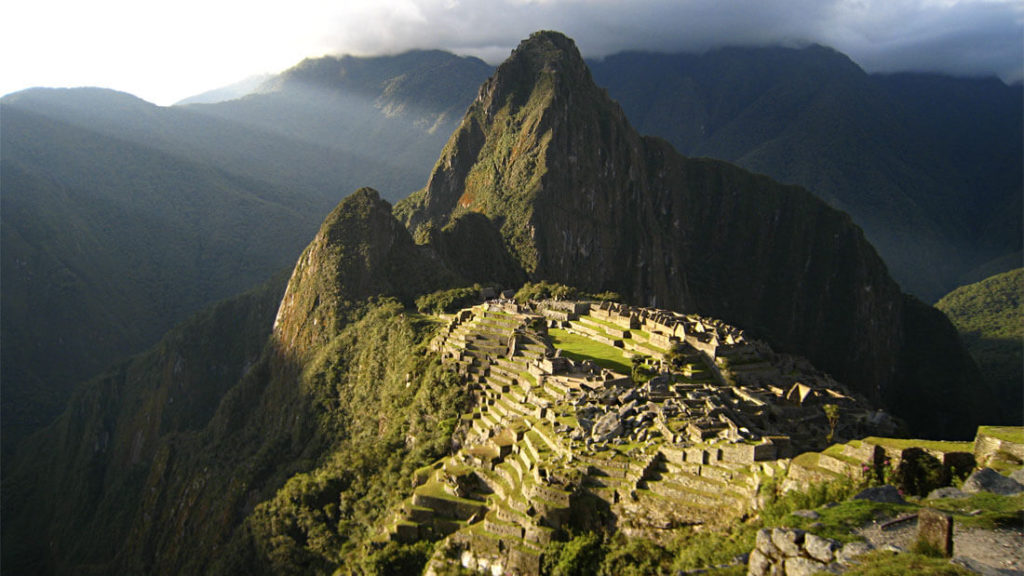 It was never meant to be discovered

The history books tell us that the Incas abandoned Machu Picchu in the wake of the Spanish Conquest. The conquistadores were ruthless with their sacking and destruction of many of the Inca constructs. So, they decide to hide it from the Spanish, abandoning it, and burning the forest in the process. The idea was that the forest would regrow and hide the place, as well as disguising the trails that led into the mountains. This actually wound up working brilliantly, and the Spanish never discovered Machu Picchu. It remained hidden by the jungles of Peru until it was accidentally discovered by Hiram Bingham in 1911.

It has a dress code

Of course, back in the day, this wouldn’t even have been a thing, but, it might surprise you to learn that, these days, there is actually a dress code for entering and visiting Machu Picchu! No, honestly, we’ve not made that up! As you enter the site, there are rules on which it clearly states that visitors are not allowed to enter the ruins wearing another country’s national dress! Quite why you would visit these iconic ruins in any sort of national dress is a mystery, but it must have happened in order for the rule to be generated. Make sure you bear this in mind before you visit.

Discoveries are still happening there

For a place so full of magic and wonder, we have taken so much from Machu Picchu, and it’s not stopped there. Incredibly, there are still discoveries being made here of an archaeological nature. The Incas, it would appear, had many secrets, and we are still unearthing a lot of secrets even now. In 2014 a secret door was discovered that is believed to be the door to one of the royal burial chambers. However, the Peruvian government won’t sanction the opening of the door, as it could cause significant damage to the temple.

Machu Picchu is one of the most amazing constructs in the world, and a place of supreme cultural importance and significance. Many millions of people each year have visited the ruins of Machu Picchu for an important spiritual journey. There are so many amazing things about this construct, as well as so many things you definitely had no idea about. We hope these amazing facts will open your eyes to a new way of looking at Machu Picchu.

The most luxurious first-class cabins

Flying first-class is something that many of us can only dream of being able to afford. An ...

Most amazing castles you can find in Asia

Serving as a home to kings, rulers, and emperors, each castle has its own unique style and ...

At a yoga retreat in India: beach walks, body treatments, and healing

Many of us head away on vacation to relax and unwind from our daily lives and the stresses that ...