If you’re reading this article in an office (get back to work, silly) or just perusing the internet while avoiding doing the laundry, there’s a fair chance that you, like us, absolutely hate people. Yep, people suck, and the outside world is just way too peopley for us (*shivers*). However, there’s only so much time you can spend away from people before realizing that you have to pass your neighbor’s porch on the way to your car or pass a colleague on the way to the washroom. You’re probably thinking, ‘Oh, what I would do to live on an 86-acre private island off the coast of Maine, with my own church, boathouse, stables and personal tavern!’ Well, it’s funny you should say that…

If you’ve ever wanted to live on your own private island and avoid people altogether (AKA the dream), you better start counting your change, because one recently went on the market, and is looking for a new owner to look after it. Located just a 25-minute boat ride away from Portland, Maine, Hope Island consists of 86-acres of pure beauty. You can truly live it large on this picturesque island…if you have a spare $7.5 million in the bank. Psssht, we wish. 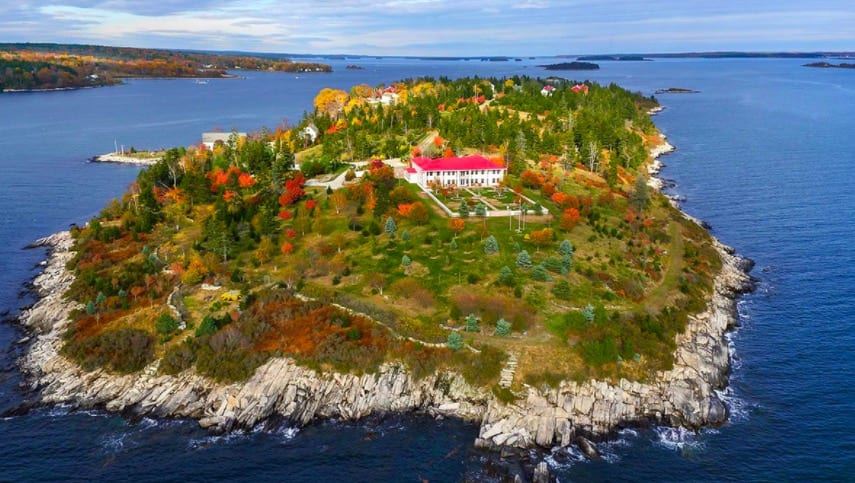 A little bit of history

So where did it all start with Hope Island? Well, a property developer by the name of John Cacoulidis decided to buy the island in 1993 for an incredible $1.3 million and has since transformed what was once a barren landscape into something out of James Bond. Boasting an 11,000 square-foot mansion, jagged coastline, beautiful beaches, a fixed pier plus boat moorings, helicopter pad, colorful woodland, roadways, and numerous outhouses, this island really has it all. However, the icing on the cake is that Hope Island has its own personal tavern. Yep, that really does mean you’ll have beer on tap…IN YOUR OWN BACKYARD.

As if the private tavern wasn’t enough to make you sell your own liver, Hope Island also offers a few added extras. Mainly, it’s not the only island included in the (hefty) price tag. Yuh-huh, Hope Island also features three ‘picnic’ islands, which you can use to your heart’s content. You might even want to build a swimming pool on one of these little islands, as weirdly, that is the only thing Hope Island is missing. 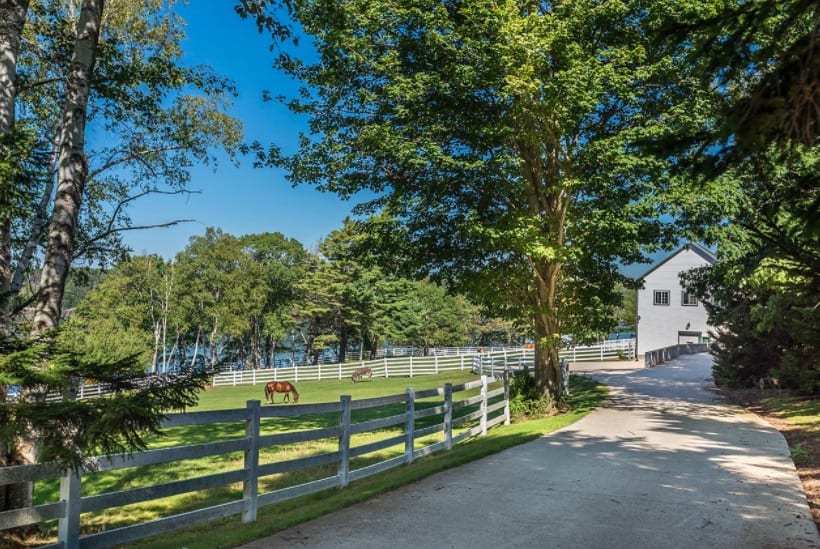 Why is it up for sale?

You might be wondering why John Cacoulidis would want to sell his beloved island, but it seems the answer is pretty heartbreaking. John was not alone when he transformed Hope Island into an impressive sanctuary. He was also helped by his wonderful wife, Phyllis. Unfortunately, Phyllis passed away in 2016, which meant John spent less and less time on the island by himself. He now wants to pass the island on to someone else. Could it be you?

We all dream of one day owning our own island, but with Hope Island, it seems this dream could actually become a reality…

Things that you didn’t know about Vatican City

Vatican City might be the holiest place on the entire planet. If you have ever been to Rome, you’ll ...