Dubai is a place we associate with opulence, luxury, and ostentatiousness. Many people see it as a playground for the rich and famous, while others view it as an example of the evolution of Arabia toward a more Westernised way of life. However, if you feel the UAE is not for you, you most likely want to check out somewhere that’s a little more like home.

Well, the great news here is that the Dutch city of Rotterdam is actually a city that is really like Dubai in a lot of ways. The largest port in Europe, Rotterdam is one of the most fun and vibrant cities in the Netherlands, and an absolute must for anyone wanting to visit Europe. These are some of the ways in which Rotterdam is very like Dubai.

One of the most striking correlations between the two cities is the stunning use of architecture that can be found throughout both. The stunning, shimmering skyscrapers of Dubai give a breathtaking skyline to tourists and locals alike. And Rotterdam also has its fair share of stunning architecture, not least Rotterdam Central Station. This is one of the most recognizable and awe-inspiring structures in the whole city. In fact, the city is full of architecturally intense and bold designs, and this makes it similar to Dubai in a lot of ways. 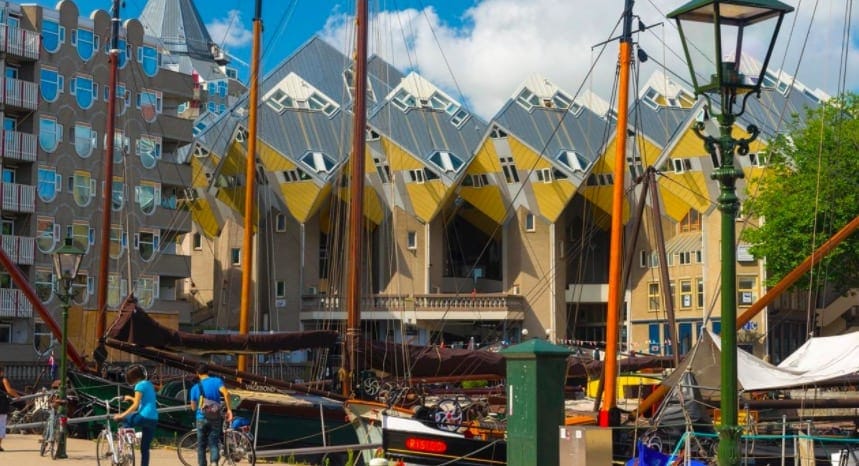 Sure, Rotterdam has evolved organically over several generations, as opposed to being thrown up by wealthy investors to boost economic and global reputation. That being said, the two cities have both come a long way from what they used to be like. Dubai has grown to become the cultural, economic, and tourist hub of the Middle East. After being reduced to rubble by German bombers in the war, Rotterdam has slowly rebuilt itself, and has evolved into the great city it is today. Both cities came from humble or tumultuous pasts, and are now both hugely iconic and popular across the world.

A city of experimentation

Dubai is well-known for being an experimental city, full of bold choices, unusual decisions, and striking buildings. And Rotterdam is very much the same; the architectural laboratory of Europe, where stunning constructs offer the promise of a unique and original adventure. Rotterdam is very much a post-war Dubai in Europe. Except you don’t get that feeling with Rotterdam that everything has that artificial feel to it. You very much get the impression and visual aesthetic, that Rotterdam is a magical and exciting city, full of secrets to discover.

There are definitely similarities between Dubai and Rotterdam, most evident in their focus on unusual architecture, and the way both cities have developed over the years. If you’re looking for a Westernised version of Dubai, Rotterdam is definitely the place you need to visit. It’s the culture vultures dream, and like Disneyland for architecture geeks. There is so much here to enjoy and make the most of, and it’s crucial to get a good experience from it. What are you waiting for? Rotterdam beckons!

How to make the most of 48 hours in Montreal

Whether it’s your first visit to Montreal or you're an old timer,  there is so much to cover in ...

5 tips to eat healthy while traveling

While you’re traveling, it can be difficult to stay healthy because it’s easier to just grab some ...